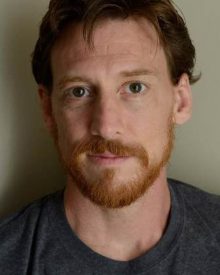 David has been at times an actor, singer, dancer, voice-over artist, choreographer, multi-instrumentalist, sound engineer, stage combatant, sculptor, sketch artist, writer, athlete, teacher, and administrator — and often more than one at the same time.  He holds a BFA in Drama from Carnegie Mellon with an emphasis in Musical Theater.  After graduation, he moved to New York City where he toured the country with two Broadway National Tours and performed in dozens of prestigious Regional Theaters as well as Off-Broadway and Off-Off Broadway productions.  He lived in Europe for a year performing with shows in Austria, Germany, Switzerland, and Italy.  Since 2008 he has lived in Gainesville with his wife and two children where he performs occasionally as an actor on the Hippodrome stage, and with some local bands by singing and playing guitar, bass, and Greek bouzouki.  In October of 2008, David founded Tonewood Family Music, Inc. — a local center for the internationally-recognized early-childhood music and movement program, Music Together®.  This program develops children’s basic musical and physical abilities through interaction with their parents and caregivers who model active music-making.

With the help of a family that had attended his music program, David was invited in 2014 to begin an interactive program at Shands where families could come together and make music.  That program evolved over the years to become an in-room musical playtime for anyone interested in sharing a laugh or a lullaby.  While not officially a member of Arts In Medicine, David’s musical offerings cross over into many of the same areas.  That is why he is included as an “adjunct artist” and appears on this page.