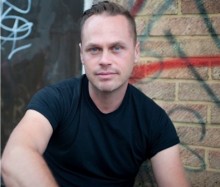 Jason grew up in Gainesville, Florida and has been performing since childhood. He is a musician and actor and has been involved in the theater and music scene in Gainesville for over 15 years. He has studied acting and improv at the Upright Citizens Brigade and HB Studios in NYC and is a member of SAG/AFTRA. Jason was first introduced to the Arts in Medicine program through Danielle DeCosmo while volunteering at Shands. He has spent time in Haiti playing music for orphanages and has also played in nursing homes and hospitals. Jason is honored to be a part of Shands Arts in Medicine and believes in the power of healing through music.

Why Arts in Medicine?

I’ve seen first hand the power of healing through music. Many years ago, I had a friend who was in an accident and in a coma for over a year. He survived “last rites” five times and was referred to as “The Miracle Patient” at Shands. I played music at his bedside almost daily. Eventually, he came out of his coma and went on to finish college and became an inspiration for others. I truly believe my music had a positive affect on him. Since then, I have continued to play for people who are in need of some comfort and happiness. Working in Arts in Medicine allows me to see this daily, and I feel honored to be a part of this wonderful program.